Website: VARIOUS, although Yola.com and Leadcapturepageboss.com are both somehow involved.

Owners: Website Owner names were always different, never the same name twice, so ownership of the actual company is in question.

Overall Rank: ZERO out of 100 This has the potential to be a pyramid scheme from the first introduction on.

This is apparently an online opportunity to join an MLM in order to generate an income available through an individual’s belief in Christ.

So first off I found numerous landing pages with the exact same wording and images on them from various individuals advertising this club. Can you say plagiarism? As I was scanning these exact same web pages, they all said free tools, free training, and free web hosting.

It should be noted that I visited the Google website numerous times and was sent to numerous different participants’ websites. All with the exact same web page.

It went on to say you get started building for free now, then join their businesses later. So somehow you get started with your free tools, training, and web hosting and then later on, sign-up to make the money with a presumed payment of some sort.

There were also a lot of biblical links to follow but the website warned those other websites didn’t know of the “Club” or endorsed the links. It’s a mystery why one would put that on their website unless the endorsee complained, or the website didn’t want to call the wrath of an angry deity down on something that wasn’t legit.

So in the name of research, I bit the offer and entered my information. Upon entering my name, email and phone, I discovered it is an extension of Lead Capture Page Boss. This is a company I will follow up with later but with the likes of this Christian Online Income Club, I’m not too impressed with their clients already.

I got an email from my “sponsor” that sent me to the second step of the training, before I even knew I had completed the first step. It turns out this is an MLM, you need to create emails to be sent to an as yet unrevealed set of email addresses so they can do exactly what I was just put through.

In other words, it’s an online MLM but they don’t bother giving you any idea what you’ll be promoting other than this plan. There is a $10 item available that I am sure I will have to have because that’s what the training asserts, and if I don’t have to have it, the whole concept collapses, of course. I have to have it for $10. 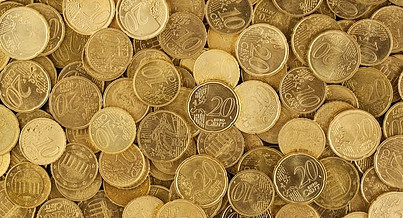 Don’t get me wrong, if you’re into MLMs, and you’re good at it, great. I had a lot fun with Amway, back in the day, never was successful at it. And kudos to Eric Worre, he has some awesome training. But like that training says, 97% will fail. Now, on the other hand, if you’re in the 97% that fail BEFORE you plunk down your hard-earned cash, you’re good! But, like I learned earlier last year, you can drop a ton of money into something and not get a return.

This particular scheme has some of the traits of an MLM, but it sure feels like an MLM that isn’t preying on the people you know first, it’s preying on the people who run across your website campaign first. So that makes it right in the eyes of God, because they like to spout a lot of scripture on their websites?

I did go into the $7 Giving Tree explanation and the whole gist of the Giving Tree is a pyramid to send money to your up line for seven levels, a dollar a month per level. That’s only $7 out of your pocket but if each level has 4 people wide, for seven levels, that equals about $21,000 for the guy at the top of the Ponzi. Pretty good take for someone who hasn’t promised you a prayer, let alone anything you could take to the bank yourself. And they honestly say, you will get nothing in return for your money, not even that prayer. Think about it, that would be 21,000 prayers a month out of that top-level Guru.

The Good & the Bad

Offers free tools, training, and website hosting but does not allow the affiliate to make money with it until they are vetted into the “Club” and pay a fee.

Upon searching Google for “The Christian Online Income Club” the links will 94% of the time give you a different participant’s website in the club, even though it’s an exact duplicate of the original website. The “Club” also allows you to join the Christian $7 Giving Tree program. And oh, by the way, you can advance to a certain level of the program without a partner, but then you need three other partners so you can advance to a different level.

The website has many words and phrases in different fonts and colors underlined that appear to be links that are nothing but underlined text. Not illegal, just misleading. Also, the disclaimer under most of the existing external links, which are all biblical verses, warns the reader that those links apparently do not endorse the Christian Online Income Club or that the Online Income Club is not associated with the external links. 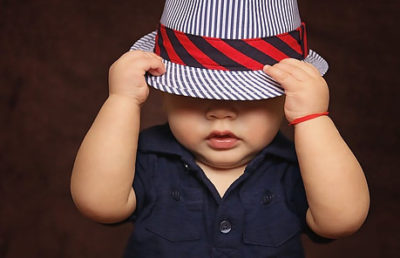 The website you’re sent to with your first level email, says you’ll have access to 5 different business models, including MLMs, affiliate marketing, etc. Then it goes on to list 10 different businesses that you can get involved in. And of course you have to be “acceptable” to join all 10 or you can’t work with this team.

Who is Christian Online Income Club For?

Apparently, if you are a Christian and can survive the scrutiny of the club members, get 150 people involved and pay your fee, you can join. According to the second website, the first one included in the email campaign to get you to join, you can’t really get the free training unless you are able to join. This is all a screening process obviously, but there are a few promises that were made that are already being contradicted. If this sounds confusing, IT IS!

The initial claim is $10. The first offer was a $7 Giving Tree. The second offer was $19.95 to get into the Auto-Program and earn 90% commissions. They lost me after that.

After signing up with the first landing page, which had nothing about pricing, the second website said I was going to be scrutinized in order to join.  And after not getting my free tools, training, and hosting, then telling me it will be $10 to join, I’d had enough, they call themselves Christians? Christians do not operate like this. 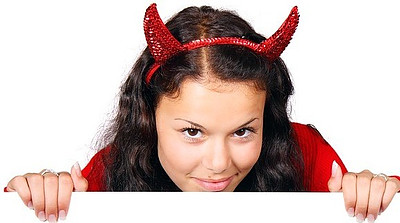 Walk softly grasshopper, there are snakes in our midst. Too much of this seems like a con, especially the “just added”, Christian $7 Giving Tree. They want your name email and phone number without giving you any verifiable information whatsoever. This Christian Online Income Club website has SCAM written all over it. BE CAREFUL.

Website: VARIOUS, although Yola.com and Leadcapturepageboss.com are both somehow involved.

Owners: Website Owner names were always different, never the same name twice, so ownership of the actual company is in question.

Overall Rank: ZERO out of 100 This has the potential to be a pyramid scheme from the first introduction on.

VERDICT: NOT LEGIT. This website has SCAM written all over it.

Here is MY disclaimer, this my opinion and my opinion only, if the company feels they are misrepresented in any way, they can change their questionable business practices or get over it.

If you are at all interested in earning an income online LEGITIMATELY, try reading my Wealthy Affiliate Review Here.